So you just want to make something that looks enough like a space ship to drop into a Photoshop scene? But you don't want to actually model it quad by quad? And you don't need it to be free of ngons or have perfect low poly count or be useful for animation? Me, too!

Recently someone stopped by my Instagram account and said, "How do you make those organic shapes on your ships? Subdivision Surface modifier?" Well yes, that and a few other modifiers. But to answer his question I had to dig through old folders and find files I had not applied the modifiers on to see if I had a consistent enough approach to share. The verdict? Kinda. Mostly. And the person who asked the question has long since wandered off due to the sheer boredom of waiting for me to make good on my promise to answer him. But I promised. So here goes.

While it is true I have the luxury of time and love to punch buttons. . . "let's see what this one does. OHHH! Cooool!" and sometimes. . . "Gads! Kill it with FIRE!!" I think I have found enough files with the same process to share with enough assurance someone could repeat with an 87% probability of creating a ship useful for photobashing in Photoshop.

Keep in mind I am only learning 3d via Blender and have never considered myself any good with non-organic subjects, even with traditional materials. I am all about crickets and pollywogs, flora and fauna, sticks and rocks. Machines? Nah, not at all. But I love science fiction and have been a consumer since, huh, ahem, 1967 when the first Star Trek aired. So if there was a show of any kind with space ships, I've seen it. And that is my "knowledge" of ship making, aerodynamics, and landing gear. Essentially, nothing technical enough to create a believable vehicle of any kind. But I WANT to add spaceships to my space scenes so I have been challenging myself the last year to get over my "fear of" mechanical parts and bash together something that could pass for a spaceship.

Still with me? Great! So First I will basically show some screenshots of "ships" I created by using modifiers on basic mesh configurations such as the UV sphere, Torus, and others that are supplied in Blender. Then I will show some grabs of the modifier stacks I found on some of the early iterations of my fav ships. From there I will drop in some of the tutorials and links to Blender add ons I have purchased and found useful for refining and adding plating/greebles, etc., although I am waiting for Winter to dig into working with the QuickDraw grease pencil add on to really get organic results.

Now this WILL take awhile to get all the visuals rounded up and the words corralled in my brain and chased into paragraphs, but instead of waiting until it is all PERFECT (one of my many achilles heels -hmmm, does that indicate more than two legs? Perhaps I am a cricket after all) I will post bits and pieces over the next week until a story takes shape. So kinda of like watching a series old-school style, one week at a time, instead of binging the whole season in one weekend. 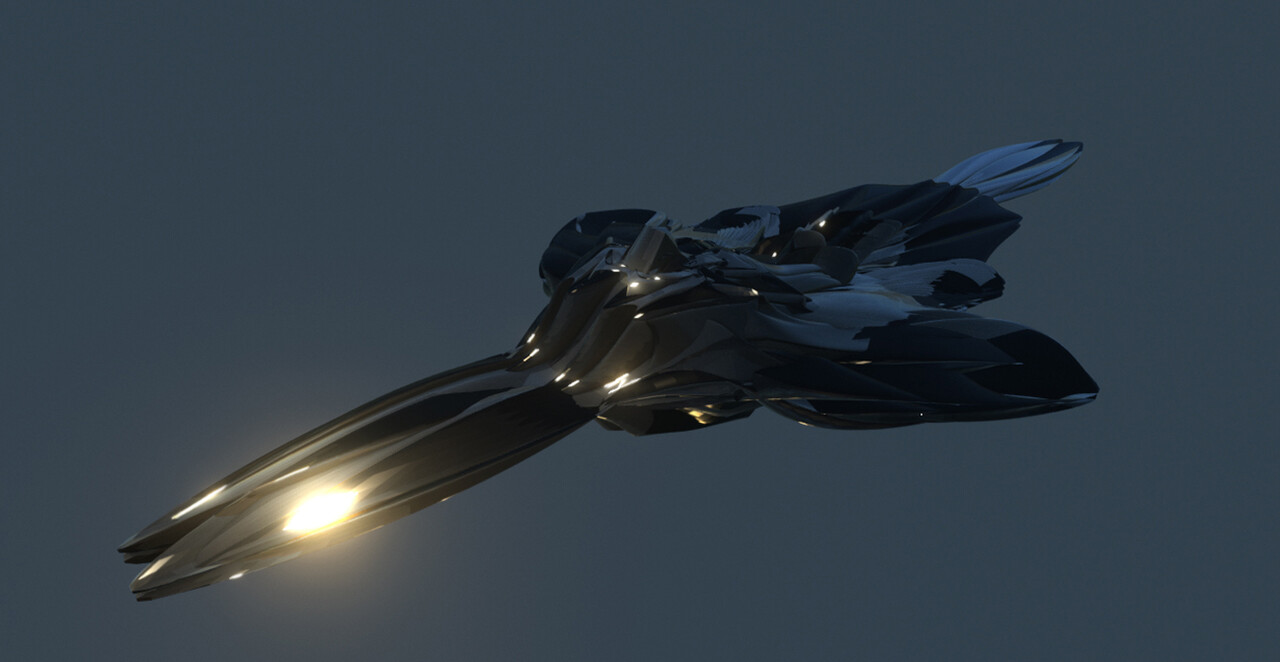 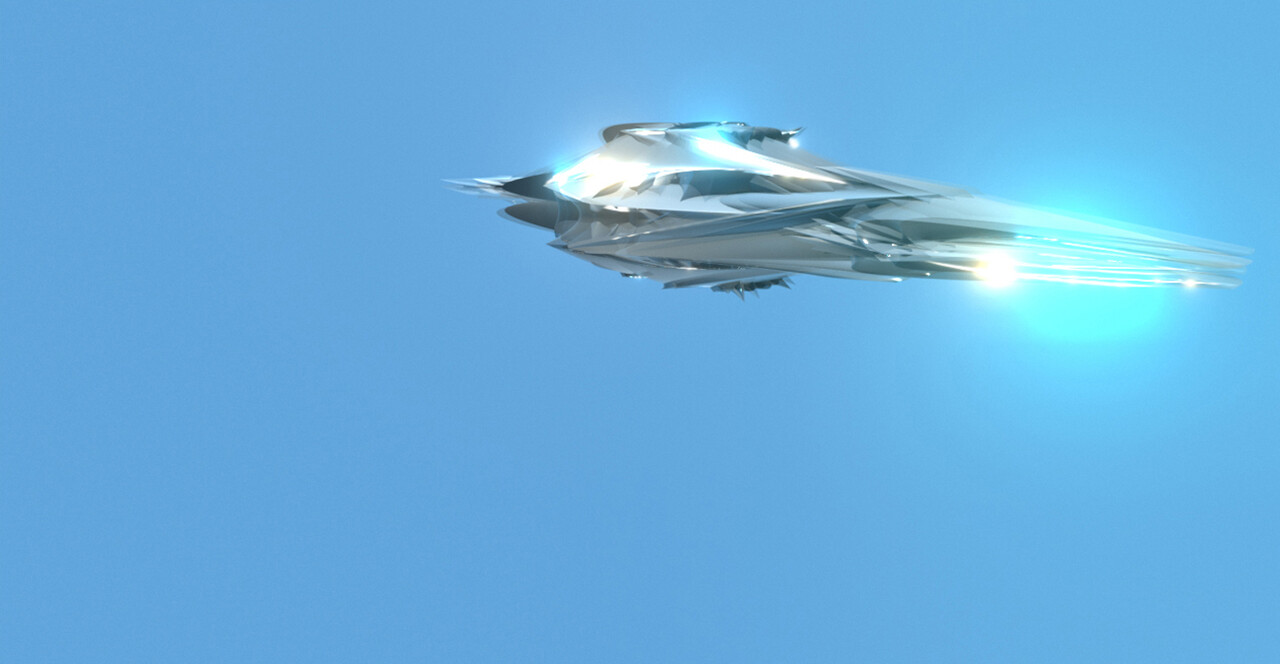 So let's start here. These are from last week, using some older files but the newer Blender 2.8 Eevee render engine, however they are only portview path tracing samples, set to 64 (what would have taken several minutes with 2.79 and the cycles engine). Now I will break down the process of starting with a cylinder or other mesh basic and how I torture it into a shipish shape. Be Right Back!